By 7:30am the boys were ready for breakfast and excited for the day ahead.  A good nights sleep had allowed staff and pupils to recharge their batteries which had been depleted during the long journey.  A hearty breakfast followed by a brief meeting to explain the days plans, a tidy of the rooms, gathering the appropriate clothing and making of lunches and then we were off for the day.

10:45am - First stop was Loch Bhasapoll to meet the instructors from Wild Diamond for a windsurfing session.  Tiree is the home of the Tiree Wave Classic competition, the longest running professional windsurfing event in the world, so it is a very popular destination for windsurfing enthusiasts.  The pupils and staff squeezed into wetsuits, and after a short explanation of how to tackle the board, they were out on the Loch practising their skills.  Everyone seemed to love the activity and a couple of the boys have asked if we can do it somewhere near school in the future, it certainly seems like a good suggestion.

1pm - Straight from the Loch to a small place called Vaul at the opposite end of the island to where we are staying.  We met Steph, the Tiree Ranger, who took us on a short coastal walk.  She pointed out the wild Thyme growing near the coast, explained some of the farming methods around animals grazing freely, identified the others islands such as Eigg, Much, Rum and Skye.  The culmination of the walk was at Vaul Broch, the remains of a fortified building dating back to 60AD.

Evening - After dinner we played close to where we are staying, Declan caught our first crab, a grey seal popped by the pier to say hello and the boys relaxed in our beautiful surroundings.  All tired, but very happy!

Tomorrow morning some of the boys will meet with international triathlete, Will Wright, who will put them through their paces on bikes and fitness.  The other pupils have chosen to go back to the Loch for kayaking.  The forecast is dry and so we expect to be outside for most of the day.

Quotes of the day: 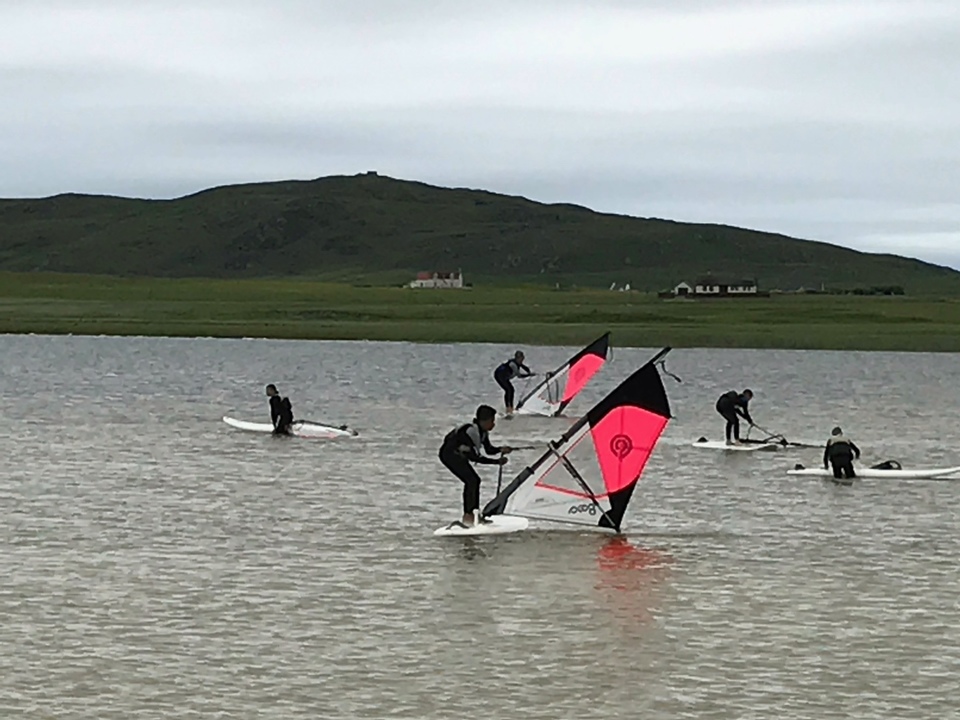 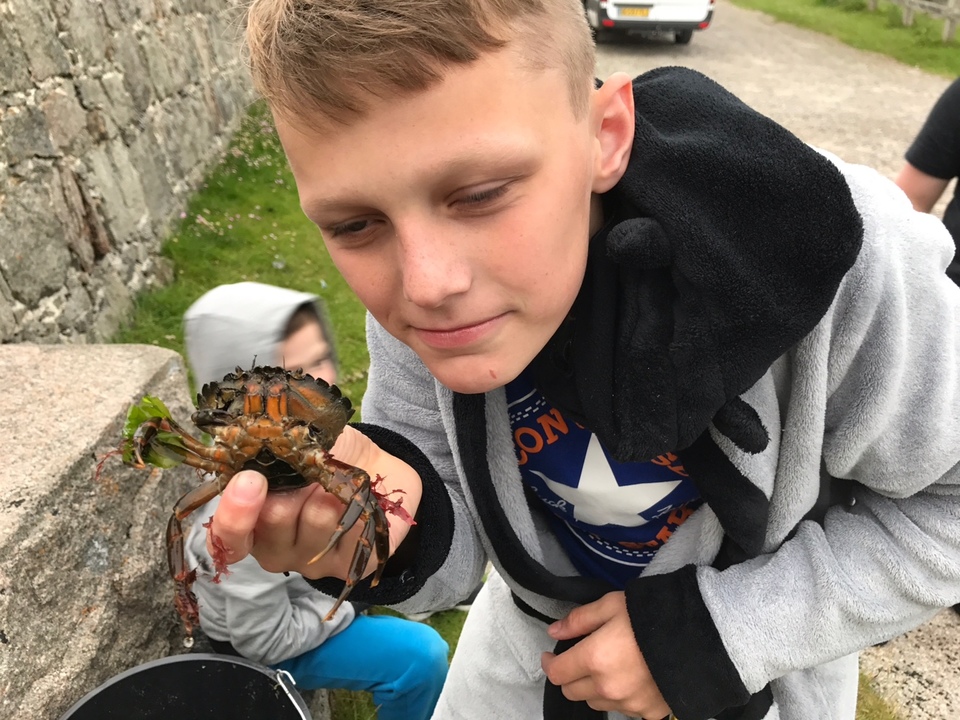 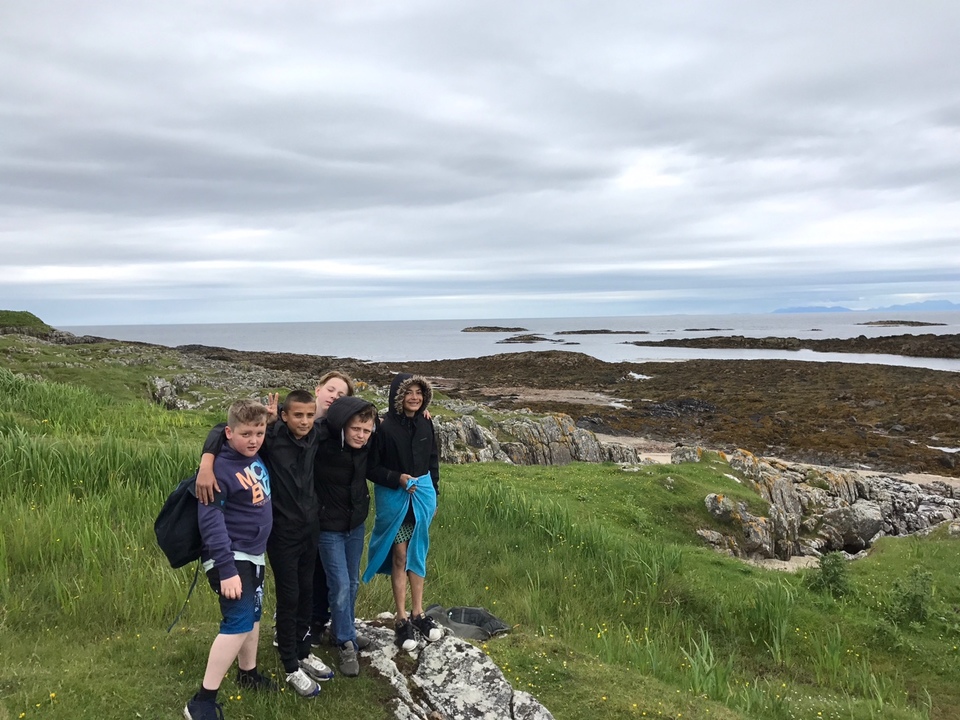 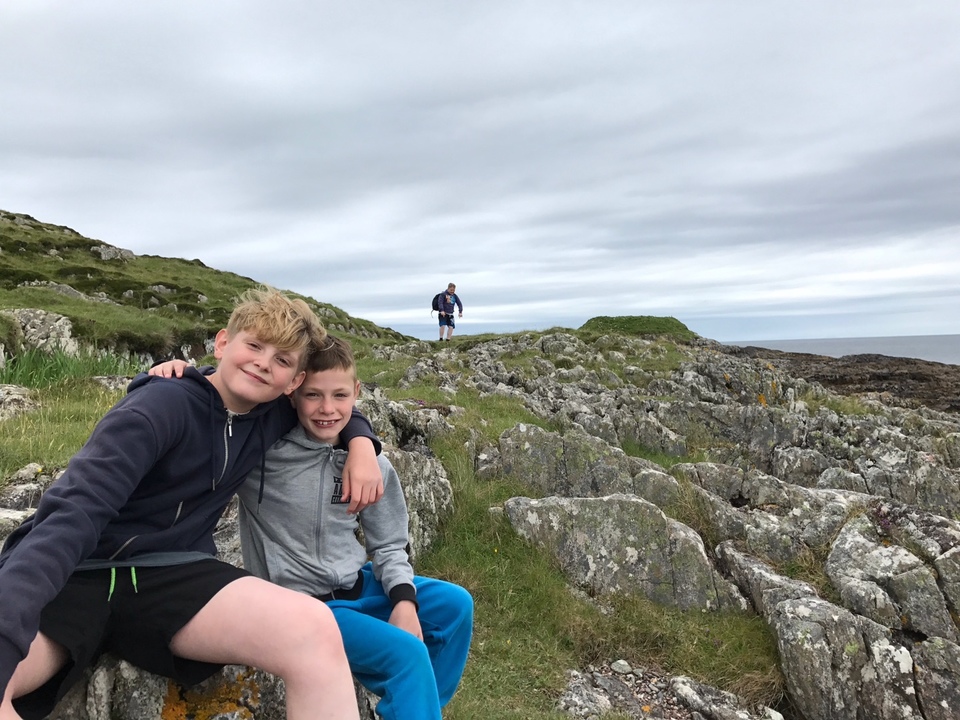 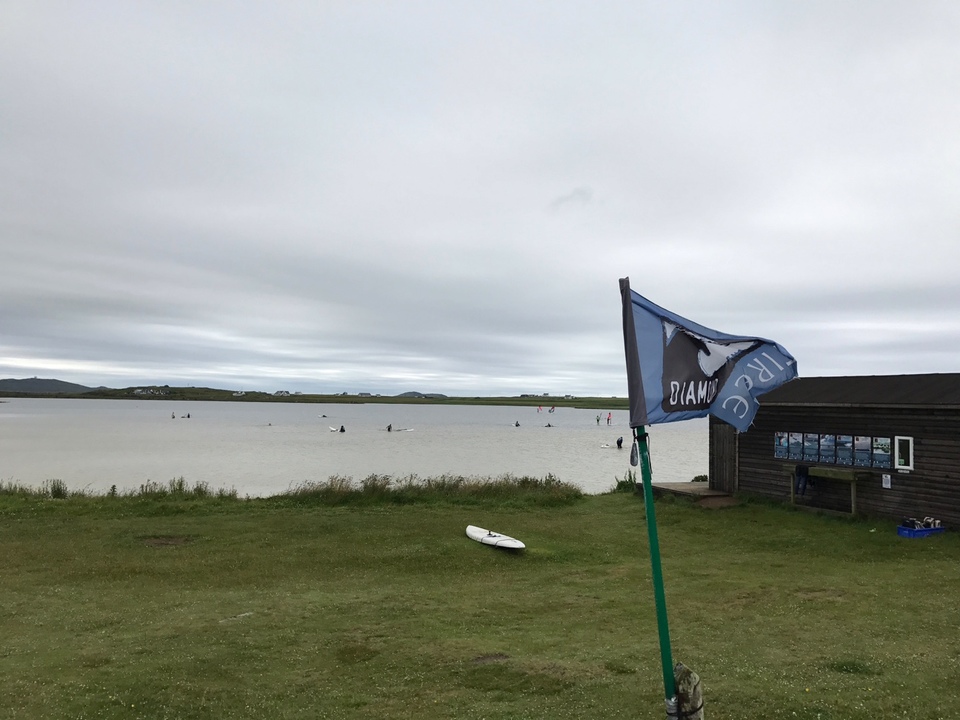 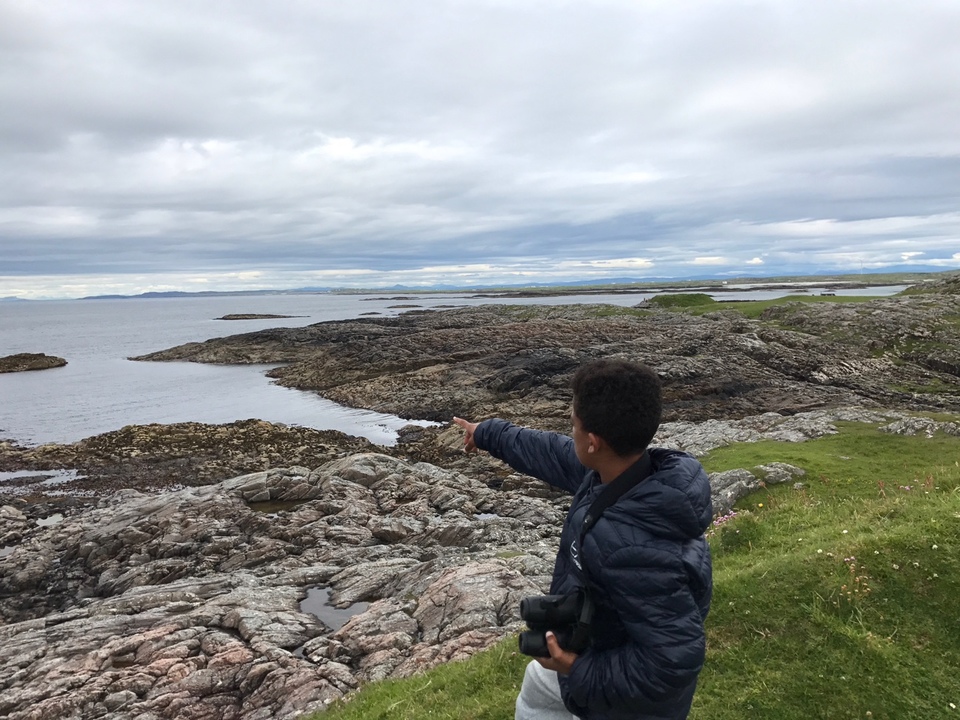