On the 1st March 2019, pupils from year 5, 6 and 7 were invited to a game over at High Grange School in Derby. Pupils were keen to travel to another away fixture to play football against pupils with similar needs from a different borough.

Pupils were excited to show off their skills and teamwork to pupils from another school but also to the Ex-Professional football legend Ian Taylor. Ian is most well-known for playing football for Derby County and Aston Villa, where he lifted the League Cup in 1996.

We started off playing very well against a team of mixed ability pupils, Colby, Pupils G, Pupil T and Jake linking up well and scoring multiple goals in the first 5 minutes. Tiah made some excellent saves and distributed the ball well to her team. Archie linked up well with Colby and Pupil T, who between them scored even more goals.

Overall there was great sportsmanship and encouragement between the teams, pupils enjoyed their time at the High Grange facilities and also watched the older KS4 team playing against the KS4 High Grange Team. 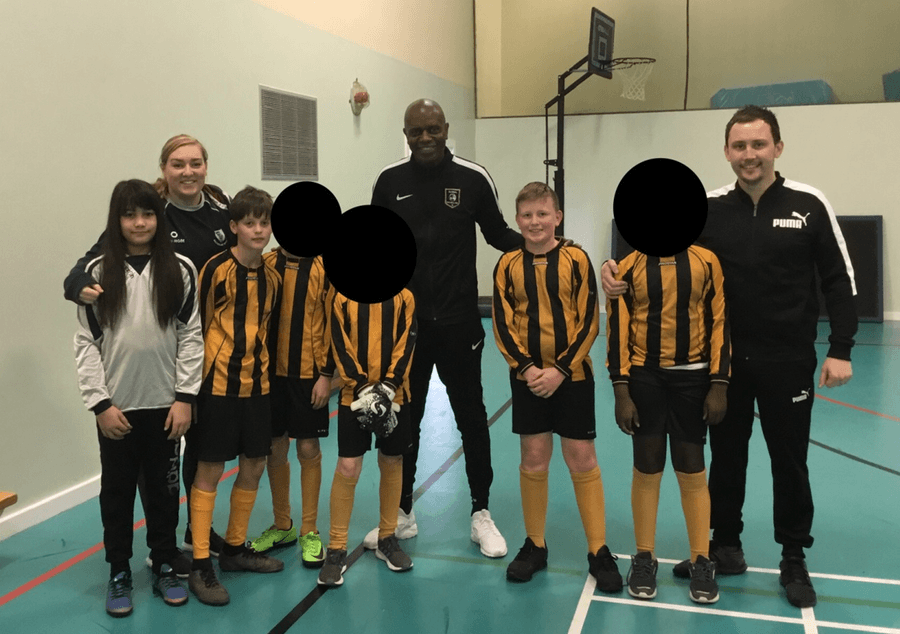